This panorama, taken by Christopher Gjevre, captures the most anticipated national title matchup of the BCS era between the Alabama Crimson Tide and the Notre Dame Fighting Irish. Both teams ranked among the best in defense, but the Crimson Tide had the edge on offense and, without a doubt, was predicted to win and ultimately succeeded, with a final score of Alabama 42, Notre Dame 14. As the Crimson Tide reached its third BCS title in four seasons, the SEC claims its seventh consecutive national championship. The BCS National Championship Game is the final bowl game of the season, played between the two highest-ranked teams in the BCS standings. 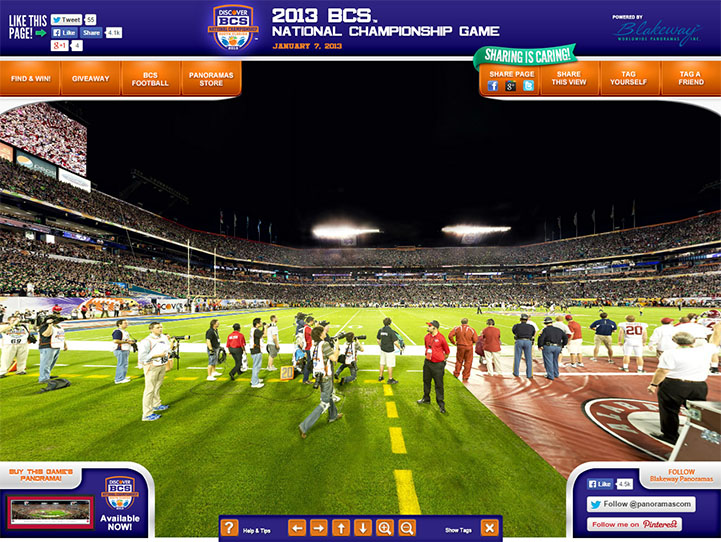